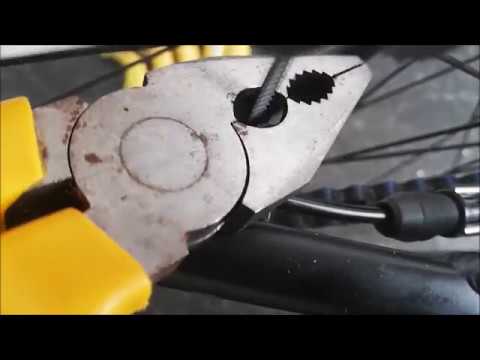 Anyone that’s used Alfine 8 will have gone through the learning process of having to use the back-to-front thumbshifter, but now you’re going to have to unlearn that, as the new unit is configured the same as derailleur units. It also has a two-ratio sweep (both up and down), and two-way release on the downshift so you can push the lever with your thumb as well as pull with your finger. The only minor downside to the shifter redesign is that a broken cable puts you in the big gear rather than the little one, but it is a minor issue.
About the hub: The range is enough to give you a really good spread of gears, enough for pretty much anything. If you’re fitting the hub to a tourer then you’ll probably want to sacrifice some big gears for more winching ratios at the other end; the same is probably true for mountain biking whereas for an urban bike you can afford to give yourself a few more gears for speed. By way of a comparison the range available is similar to what you’d get from a compact double or a road triple; it’s not quite in MTB triple or Rohloff territory but with a judicious choice of chainring and sprocket you can easily tailor the gears to the type of riding you’re doing.